Christmas themed slots always prove popular during the holiday season. At this most wonderful time of the year, all you’ll see on television is festive movies. Turn on the radio and you’re sure to hear Mariah Carey belting out her classic hit. Why should the casino world be any different?

If you’re looking to combine your love of Yuletide celebrations with online gaming, check out our list of top Christmas casino slots.

Online slots with a festive theme are as old as the genre itself. With an ever-growing appetite for new titles, slot developers are always looking for inspiration. And since Christmas is such a jolly time of year, it’s an obvious choice for a fun and engaging theme.

In the spirit of the season, the very best online gambling sites in New Jersey allow you to play free Christmas slot games too. That’s right – you can access these titles without risking your hard earned cash! Simply play for fun in demonstration mode by creating an account at your chosen casino. There’s no need to deposit any funds unless you’re interested in real money play.

Secrets of Christmas by NetEnt

The first of our favorite Christmas slots comes from the renowned casino game developer NetEnt. This industry giant was founded in Sweden way back in 1996, making them one of the pioneers of the online gambling scene. With such a sizable catalog of games, it’s perhaps little surprise that Secrets of Christmas is just one of many seasonal titles created by NetEnt.

This particular slot was released for the 2017 holiday season and is designed to suit all players. Bet limits range from $0.25 to $125, allowing both casual players and high rollers alike to get in on the festive fun. What’s more, the reel grid of 5×3 is a classic setup that has a familiar feel to it.

Unsurprisingly, the star of the show is Santa Claus, who also serves as the Wild symbol in Secrets of Christmas. There are plenty of other themed symbols on the reels though, with designs presented in the style of a traditional Christmas card. These include a stocking, wreaths, a candle and a gift of milk and cookies for the big man himself.

The Scatter symbol is a bag of toys and if you can find three or more, you’ll play an instant win style game. Whatever you choose here determines the number of free spins awarded. Not to mention other generous gifts, such as multipliers and wild reels.

A maximum prize of 1,250x your line bet is not the most rewarding when compared to more modern slots. But the Return To Player rate of 96.72% is bigger than the industry average for this type of online casino game. Overall, it’s a visually pleasing slot that’s fun to while away the winter evenings in the countdown to Christmas. 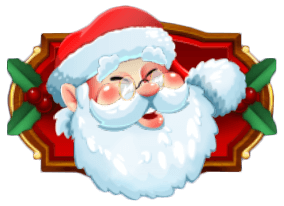 Next on our list is Christmas by Everi Interactive. A simple name for a simple game, the developer has taken a no-frills approach with this one. And in truth, this makes for a large part of the slot’s charm.

The trend among casino software developers these days is to come up with increasingly complex and engaging mechanics. While that’s undoubtedly a positive for slots fans in general, there’s something to be said for an old-fashioned game. And with symbols including 7s and the classic BAR, Christmas is clearly modeled on the traditional fruit machines of the past.

Its simplicity definitely makes this particular title easy to pick up. No explanations are required, with its single payline, minimalist interface and lack of intricate bonus games. So it’s the perfect slot to enjoy when feeling full of turkey, mince pies and Christmas pudding.

Released in 2021, this Everi title is targeted more at the casual slots player than the high roller. That’s reflected by the maximum bet amount of $25, as well as the minimum stake of $0.25. But with a possible win of 12,000 credits up for grabs, there’s plenty to play for in this highly volatile slot.

However, it’s also worth pointing out that Christmas can be played at many top online casinos in demonstration mode. So you don’t even need to risk any money in order to enjoy what is one of our favorite free Christmas slots. 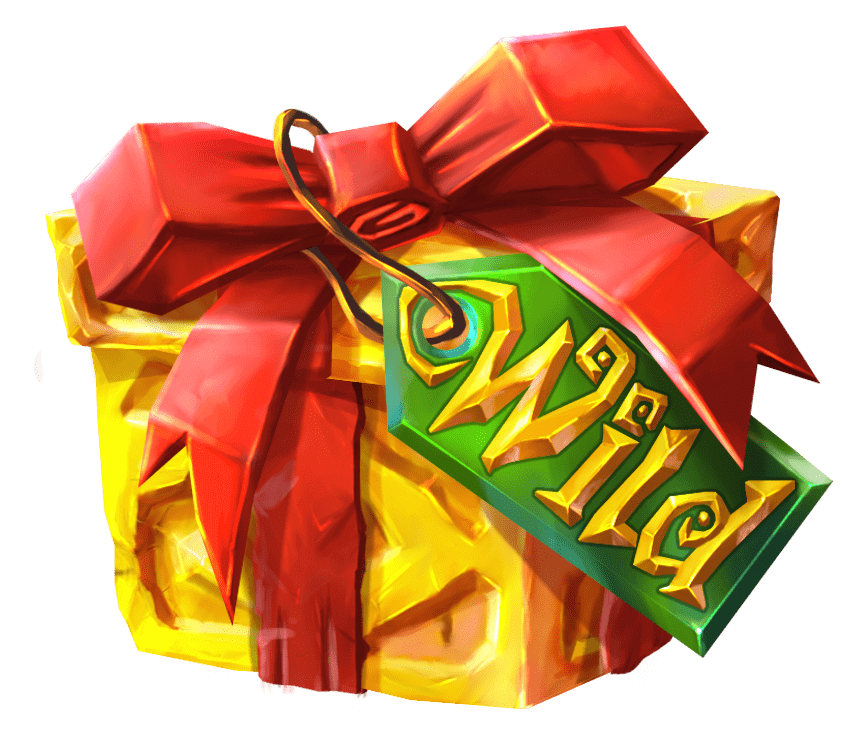 This slot is a fun remake of the popular 2016 game Aloha! Cluster Pays by NetEnt. As such, it retains much of the Hawaiian theme found in the original game, with tropical fruit on the reels and Tiki imagery throughout. However, the Santa hat, Christmas lights and gift boxes give a nod to what this updated game is all about.

Just like its predecessor, Aloha! Christmas adopts the innovative Cluster Pays mechanic. So rather than trying to match symbols on a payline as you would in a traditional slot, you’ll earn wins by grouping them together. As long as a minimum of nine symbols are touching on any of their four sides, they count towards a winning cluster.

If you’ve ever played the original game, you’ll notice that the graphics have improved with this festive remake. And while the most engaging elements of the gameplay remain intact, additional features have also been added. Most notably the multiplier wilds, which can appear at random to enhance payouts by up to 7x.

This particular slot is great for players of all bankrolls. There’s an upper bet limit of $200 and a minimum of just $0.10, plus a reasonable maximum win of 2,500x. The game’s volatility level is fairly average too, making for a well-balanced game all round.

A Visit from St. Nick by High 5 Games 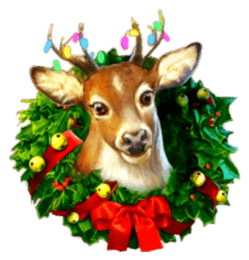 Most of the best Christmas slots feature at least a passing visit from Santa Claus. But in this particular release by High 5 Games, Saint Nick himself is the main character. A traditional depiction of the jolly old chap as you might see on a Christmas card appears on the game’s logo. And this classic artwork also serves as the Wild symbol in this game.

Released in 2018, A Visit from St. Nick offers betting limits from $0.50 through to $50. The action unfolds on a grid of 5×3 reels, with 243 paylines and an extremely rewarding maximum payout of 15,552x. But the game’s most interesting feature is undoubtedly the bonus game. 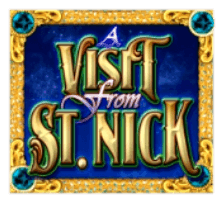 Drop a minimum of three reindeer Scatter symbols onto the central reels and you’ll qualify to play. But unlike many free spins bonus games seen in other video slots, this one offers you a lot of flexibility and control. You’ll need to pick from five possible options, with varying amounts of free spins and multipliers.

Will you take the lowest number of spins available and gamble it all on the highest multipliers of 24x? Or would you prefer to play safe, with more spins and lower multipliers? The choice is yours! Like all of the games named in this list of Christmas slots, you can play A Visit from St. Nick on desktop, mobile and tablet devices. 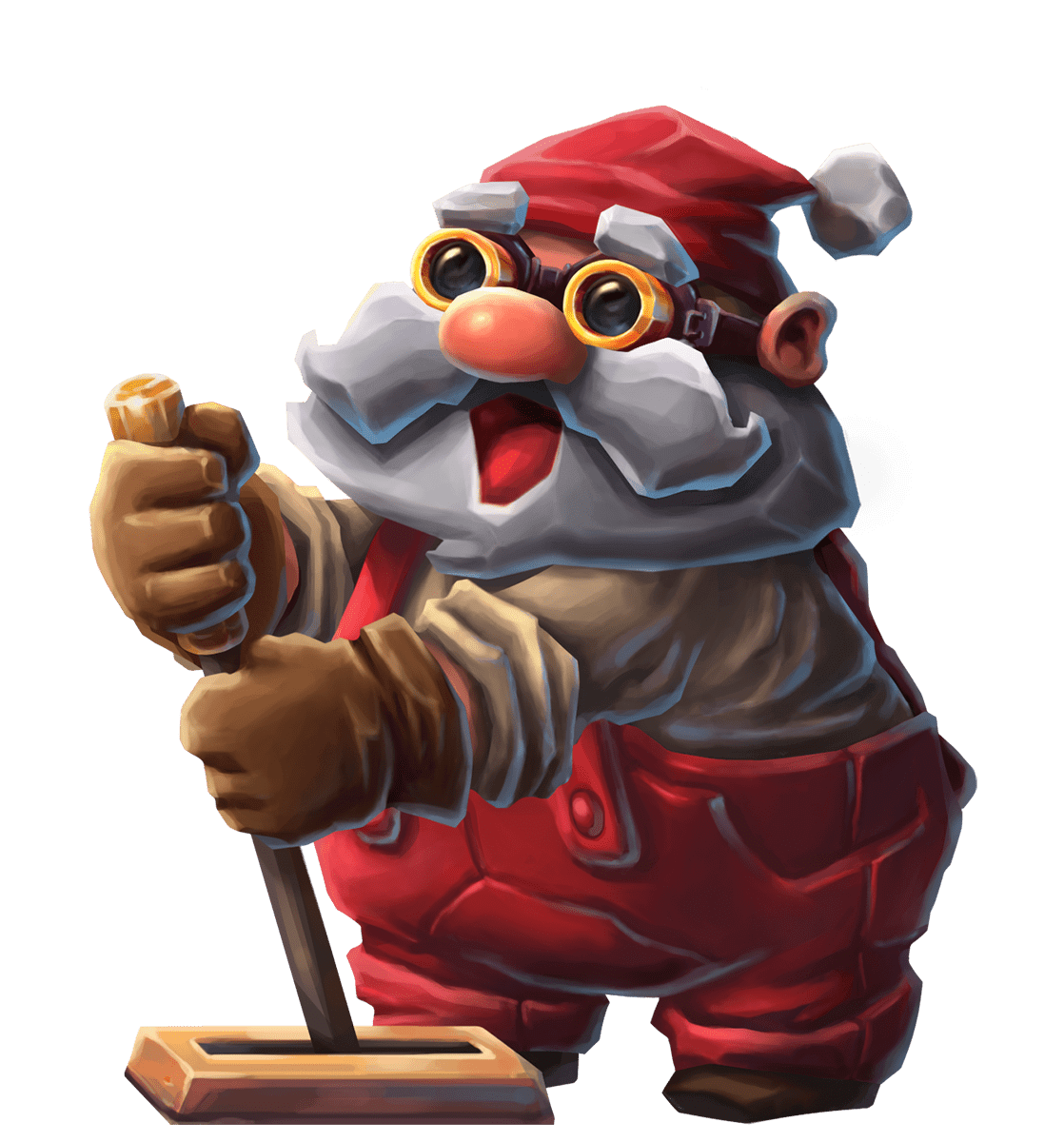 Another popular Christmas title from the talented NetEnt development team, Jingle Spin was released in 2018. One of the more rewarding games in our list, the Return To Player rate is a healthy 96.48%. And although the maximum payout of 1,000x is not the biggest in the world, it’s generous enough.

You can spin the reels of this festive slot from as little as $0.20, while the upper limit is a plentiful $200. The visuals are much more cartoon-like than a lot of traditional Christmas slots, though they remain true to the theme. You’ll notice Christmas tree decorations on the reels, for instance. Not to mention a line of Santa’s elves seated along the top of the reels.

The purpose of these little creatures is usually to manufacture toys in Santa’s workshop. But in Jingle Spin, they’re here to create wins for you! Whenever a feature bauble appears, it’ll be thrown to one of the elves who will place it inside a Wild symbol.

As you spin the 5×3 reels of Jingle Spin, you’ll hear the comforting sounds of a crackling fireplace. Meanwhile, you can enjoy a jaunty tune accompanied by sleigh bells. Finally, the free spins bonus game in this slot can award up to 50 bonus plays at any time. This often leads to some very merry wins indeed!

May Your Wins Be Large and Bills Be Small

So that wraps up our collection of festive slot games, much like the gifts found under your tree. Whether you prefer to play free Christmas slots online, or stake real money, we hope yule enjoy these titles as much as we do. We wish you a very happy – and lucky – holiday season! 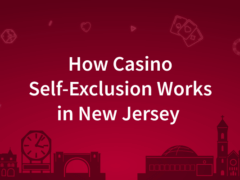 By Arsenii
How Casino Self-Exclusion Works in New Jersey 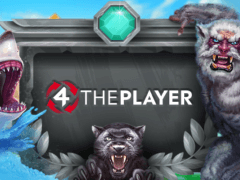 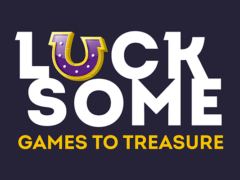 Join our subscription list to get access to new bonus offers, online casino reviews, and industry news all in one newsletter!