More Than 80% Of Atlantic City Casinos’ Profits Declined In 2020

In 2020, the nine casinos combined for a gross operating profit of $117.5 million, according to the Division of Gaming Enforcement. It was down from nearly $594 million a year earlier before the pandemic forced casinos to close for three and a half months and limited their operations after they reopened.

The gross operating profit in the Atlantic City casino industry reflects earnings before interest, taxes, depreciation, and other expenses. “Atlantic City and its casinos had their most challenging year in history,” said James Plousis, chair of the New Jersey Casino Control Commission. “Although the casinos were permitted to reopen in July, their earnings were limited by travel restrictions, limited amenities, and canceled entertainment,” he added.

Despite this, Plousis said, casinos proved that in-person gaming could be conducted safely through responsible management. “This summer, tourists can return to Atlantic City in confidence, knowing it is safe.”

With an operating profit of $21.8 million in 2019, the Ocean Casino Resort recorded the largest profit. Ocean Casino owners announced this week that the Ilitch family of Detroit would purchase half of the club. This family owns Little Caesars, a pro baseball and hockey team, and a casino in Detroit. During the pandemic year, Ocean was the only AC casino to see its profits increase.

“We have experienced a successful year at Ocean, thanks to our team’s commitment and hard work before and after our temporary shutdown. I am optimistic that we will continue to experience growth in gaming throughout 2021 as we relax restrictions and reopen more of our business.”

Atlantic City’s casinos reported a collective gross operating profit of $57.8 million in the fourth quarter of 2020, down over 53% from the same quarter last year.

Hotel rooms in Ocean were also the most expensive in 2020, with an average of almost $200. Borgata came in second at $160. With an average room rate of $101, resorts had the lowest average cost, followed by Hard Rock with a $112 fee.

The occupancy rate at Ocean in 2020 was also the highest at 84%. As a whole, the city averaged almost 62% occupancy. 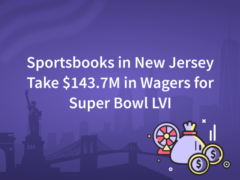 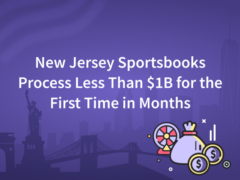