The gaming market leader in the Garden State is still BetMGM. According to a press release from BetMGM NJ Casino, the company presently controls 30% of the NJ online casino GGR industry. Additionally, BetMGM boasts a projected 29% GGR market share across the US, which includes Pennsylvania, Michigan, and West Virginia.

Shortly before the June results were released, BetMGM online casino delivered some fantastic news. BetMGM has paid out $415,000 in two major casino jackpots in New Jersey. The victors’ names were kept a secret.

While playing the Mirage Mega Magma, which was designed by Win Studios, one player earned $174,772. Additionally, another $240,000 was won while a player was enjoying the well-known Pragmatic Play Jacks or Better slot machine.

The total jackpots indicated above may not be the largest jackpots ever awarded by the BetMGM online casino.

One BetMGM player from New Jersey earned $2.8 million earlier this year while playing Bison Fury. In actuality, any NJ online casino player who wins a jackpot above $170,000 is a huge winner. 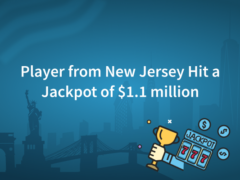 By Maryna
Player from New Jersey Hit a Jackpot of $1.1 million 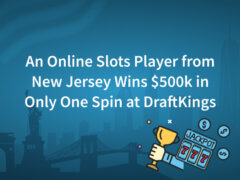 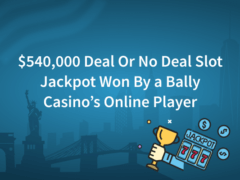 By Arsenii
$540,000 Deal Or No Deal Slot Jackpot Won By a Bally Casino’s Online Player