Outside New Jersey, Aruze operates in more than 200 gambling jurisdictions of across 40 nations. Casino floors have been filled with slot machines and entertainment options provided by the operator for a long time and have recently moved to the online realm.

Aruze’s most recent partnership with BetMGM demonstrates how quickly it is getting off the ground.

In New Jersey, there are more than 30 internet casinos, thus Azure’s partner possibilities were diverse. The business selected BetMGM as the casino operator of the year for 2022 from among its options. As a consequence, it puts its games in front of one of the state’s largest player bases.

The vice president of iGaming at Aruze, Kurt Hansen, stated that the company’s iGaming footprint expansion is the company’s focus for 2023. The company’s award-winning games’ transition from the floor of a casino to the internet is a major advancement that enables players to play whenever and wherever they want. By extending the product line outside the casino floor, the business can attract a whole new group of players who might not live close to a casino.

According to Hansen, BetMGM is a dependable and popular operator, and Aruze is excited to be collaborating with them to introduce their games to new players. 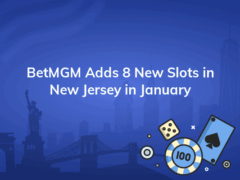